My $200 Offer: U.S. Focus on the Family Doesn’t Condone Divorce for Domestic Violence…EVER 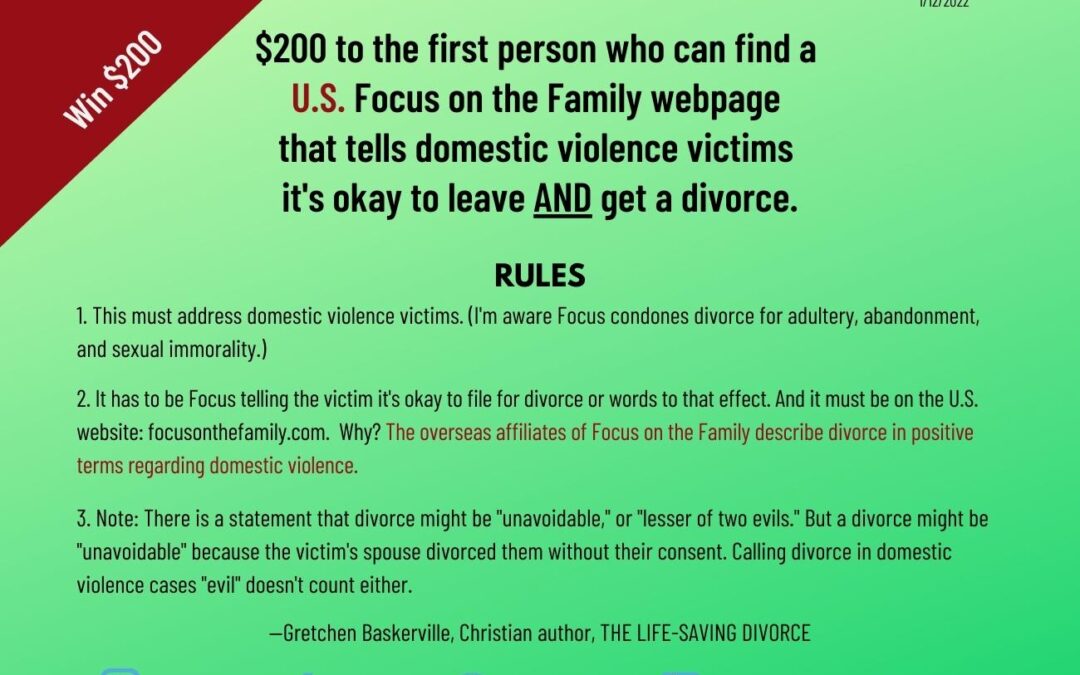 Someday I hope to pay this $200 award. (I've been offering a reward for months.)

Someday I hope U.S. Focus on the Family will officially condone divorce for domestic violence and will add it to their list of accepted biblical reasons.

Someday I hope U.S. Focus on the Family shows they actually care enough about the 1-in-4 Christian families that have reported interpersonal violence that they change their official policy.

SEE RULES ABOVE: If you think you found an official statement from U.S. Focus on the Family (on their site: focusonthefamily.com, not the Canadian site ending with .ca) saying that divorce is "okay" or "acceptable" or "biblical" or "valid" for physical abuse or emotional abuse (in other words, condoning of it in cases of abuse, just as they do with adultery, sexual immorality, and abandonment) then contact me. www.lifesavingdivorce.com/contact 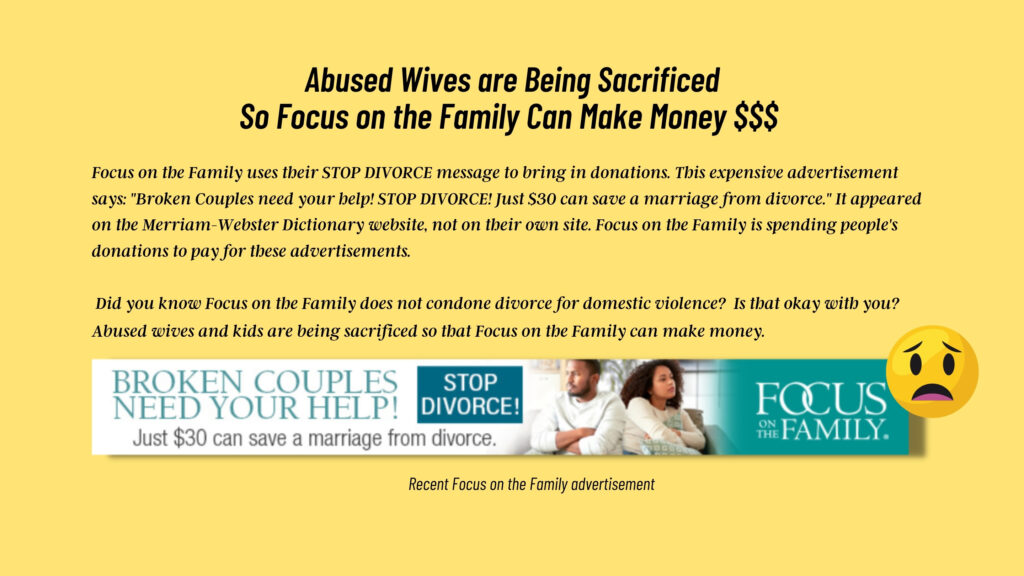 I'm an Evangelical Christian and a Baby Boomer. I've donated thousands of dollars to Focus. I've listened to hundreds of their broadcasts. I've been to their headquarters and bookstore multiple times. I've read and recommended their books. I've gotten many of their magazines over the years. I've sent my teens of their Brio overseas missions trips.  BUT NOT ANYMORE. I cannot support an organization that lets women die trapped in these marriages.