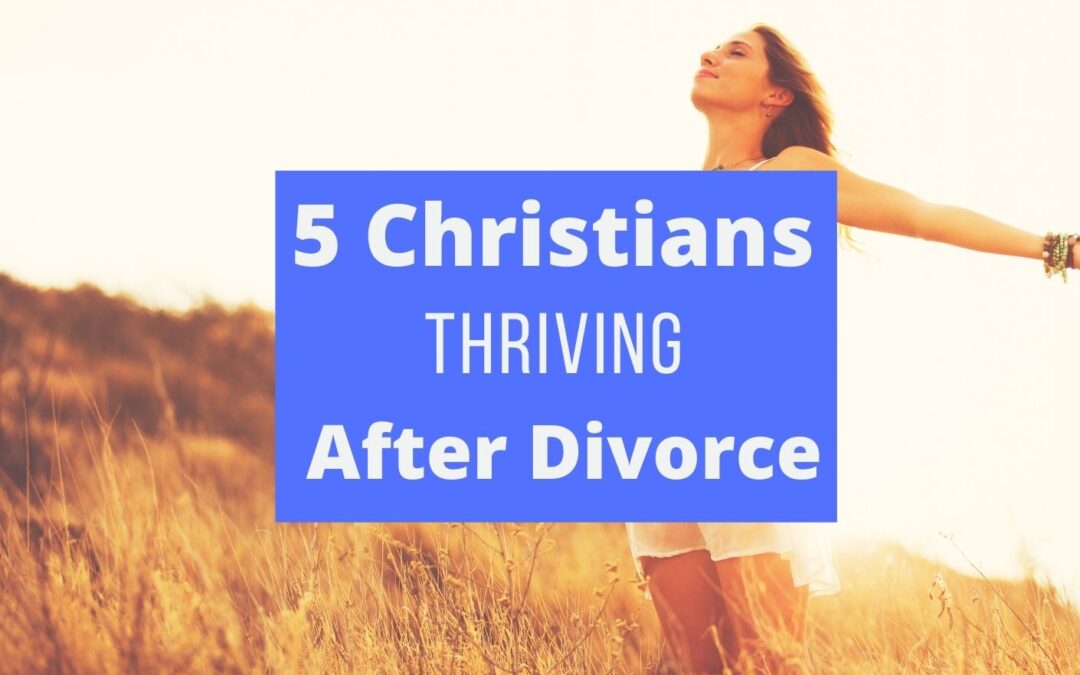 About Me: If you're new to my blog, read this first. I started leading Christian divorce recovery groups in Evangelical churches in 1998. I write about "life-saving divorces," those divorces that are for very serious reasons. "Life-Saving divorces" make up nearly half of divorces in the United States. Read the definition HERE.  If you want to know why you should should have a nuanced view of divorce, see THIS. And here is the biblical rationale for condoning divorce. Although I believe many divorces are treacherous and/or sinful, I also believe a loving God gave divorce to protect the lives of his beloved people, who are made in his image, by allowing them to get out of destructive marriages.

Divorce after 40 Years of Abuse. Thriving After a Gray Divorce

Have you ever wondered why a person would get a “gray divorce” — just as they come into their retirement years? Well, today I’m interviewing Schari, a committed Christian woman and mother of 3 who escaped an abusive marriage just weeks before her 40th anniversary—and is now rebuilding her life. (GOOD NEWS! She is doing well!)

Part 1: Discover how she married a terrifying and violent man who endangered her and the children physically, emotionally, and financially—and why she stayed so long. It is important that we understand the religious messages that kept her in that destructive marriage, and learn from a Christian counselor who helped her break through the roadblocks that kept her there so long.

Part 2: We talk about the books that helped her identify abuse and break free. (It's very common for severely abused spouses not to know they are being abused.) Other topics: Developing self-respect after abuse, finding your separate identity (when you married at age 18), dealing with anger, forgiveness, depression, health problems stemming from abuse, finding a good therapist, toxic church messages that keep people in abusive relationships; how John Piper teachings pressured her to stay with a violent man.

Part 1: Toni and her six children find happiness and relief from emotional abuse after a 20-year marriage. In Part 1, she describes her happy childhood, her budding faith, her ill-fated first marriage, followed by her second marriage to a Christian man who gave her the unspoken message: "You don't matter. You're not even worth looking at. You are here to serve me." As a committed Christian who homeschooled her children, Toni had read every marriage book, gone to Christian marriage retreats, prayed and fasted, signed the "Dennis Rainey contract" saying she'd never consider divorce, and sought both individual and couples counseling. But nothing could change her angry, sullen husband who wouldn't help around the farm...and sometimes was jobless for long periods of time. At one point her counselor told her, "This is the worst case I've ever come across. If you don't get out, you will die." Toni replied, "I can't get out! I don't have a choice." Find out how the counselor replied, and the miraculous way the Lord called Toni to get out.

Part 2 tells how she got out and rebuilt her life.

Married to a Pedophile, But Divorced and Thriving Now

Part 2—Pam talks about a wide variety of topics: finding self-respect, talking with her kids, facing anger, fear, single parenting, forgiveness, friendships, helpful (and non-helpful) pastors, and the power of denial in these situations.

40 Years with A Raging Violent Husband, but Divorced and Thriving Now

Part 1: Today's interview is with Karen, an amazing woman of faith who stayed with her abusive husband more than 40 years before she finally left him—and his murderous rages—behind. What does it take to start a new life in your late 60s? How do you grab life with both hands? How do you find happiness again? You’ll hear her tell her story, from her loving upbringing and happily married parents, to her marriage to a man who tormented and manipulated her with false accusations, suicide threats, stalking, road rage, and worse. Discover how her relationship with the Lord — and a wise pastor and counselor — gave her strength to leave.

In Part 2, we talk about forgiveness, singleness, self-respect, financial fears, and how her health problems (arthritis and psoriatic psoriasis) have almost completely gone away. We also discuss the legal process, going "no contact," her faith in God, how she finally escaped, and her advice for others in long abusive marriages. "My life is stress free and happy. Divorcing him was the best thing I ever did."

Former Pastor's Wife and Mother of Four, Divorced and Thriving

Gina Kaye, ex-wife of a pastor, and Gretchen Baskerville, Christian divorce recovery leader, and author of The Life-Saving Divorce, tell their own stories about divorce and dating and the skills they developed when jumping back into the dating world. Both had young children when they divorced: Gina decided to date fairly soon; Gretchen decided to wait 15 years to raise her kids and remarried (very happily) a few years ago. Gina talks about the issues to consider before dating again.

Married to a Selfish Devious Woman. After Divorce, He's Found a New Life

Recently I re-interviewed "David" the man whose powerful story appeared in Chapter 9 ("Male Victims of Abuse and Betrayal") of my book, The Life-Saving Divorce. I wanted to see how he and his kids are doing after their long custody battle and David's remarriage. David wanted to take the high road in his divorce, but how do you co-parent with a destructive ex? That's what this 2-part video interview is about.

BACKGROUND: David was brought up in a high-achieving conservative Christian homeschooling family. He was taught the "I Kissed Dating Goodbye" purity culture formula for courtship and marriage, which is well-intentioned but often results in pushing young people to marry young and to ignore danger signs. David was a good kid from a loving home who had a great relationship with his parents—and followed all the rules, including courtship formulas that promised marital success in his faith community. In PART 1 he talks about the dangers of being brought up complementarian, and never taught what to do when you’ve gone several stages down the courtship path and notice serious red flags in your fiancé. He discusses the outward signs of holiness that were supposed to guarantee a good marriage but in reality distract young people from focusing on integrity, intimacy, respect, friendship, and authenticity. Although his first wife was known to be deceitful and unstable prior to their wedding (something other people had warned him about), he was given assurances by his faith community that all would be well because she met the litmus test of wanting to be a traditional stay-at-home mother. These teachings propelled him to wed a destructive woman who was manipulative and coercive. After many years and three children, she eventually drove him to despair and depression, falsely accusing him of a felony, resulting in his arrest (and later exoneration).

Financial Abuse and Escaping with 3 Kids and No Money - And Doing Fine Now!

Part 1—Shirley Fessel, author of the women’s workbook “Redemption from Biblical Battering” shares her own story of being married to a violent church leader who confiscated her paychecks for 10 years and refused to let her buy basic clothing. Find out how she and three children under 12 years old escaped (with no money), gained financial stability, and built a new joy-filled life after financial abuse.

Part 2—Shirley talks about the importance of anger, and harnessing that energy to move away from danger. She discussed the "7 Levels of Confusion" that abuse victims go through before they can finally leave. And she tells us her secret of rejecting the voices in your head that say you’re a second-class Christian and disqualified from serving God after a divorce.

Part 3—Shirley tells how she rebuilt her financial stability from scratch. We discovered how she presented the situation to her children (in a positive way) and how she dealt with creditors who harassed her—and what she would do differently. She went on to buy her own home and rebuild her self-respect as a Daughter of the King.