by gbaskerville | May 13, 2020 | Christians and Divorce, Gaslighting Examples 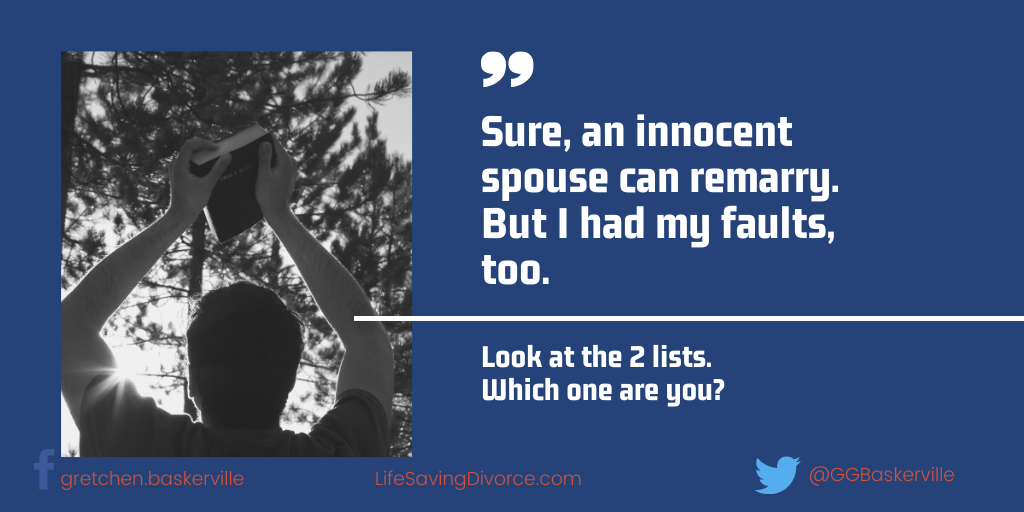 How Can I Claim to be the Innocent Spouse? I Had My Faults Too!

Recently in my private Facebook group, we were talking about the Bible allowing remarriage for the innocent spouse after a valid divorce.

After all, God doesn’t hold you responsible for your spouse’s cheating, or abuse, or neglect, or drug/alcohol problems, or sexual addictions. No one forced them to behave this way. And surely, they had other options, such as counseling or learning communication skills if they thought you were the problem. 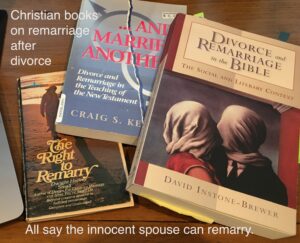 (What is valid? The Bible says valid reasons include adultery, sexual immorality, physical abuse, emotional abuse, or abandonment/neglect for example due to severe drug or alcohol abuse.)

But several people said, “Wait! How can I claim to be the innocent spouse? I’m sure not perfect! After all, I yelled, slammed doors, called names and swore too!

(See the two checklists below to figure out if you're the spouse who was invested in the marriage—or if your spouse was.)

I know I wasn’t the one who committed adultery. I wasn’t the abuser. But I have a hard time calling myself innocent. I got angry. I lashed out at times. I said a lot of mean things.

And the men would say:

I wasn't perfect by any means and not completely innocent. But I was taught, “A good Christian husband must sacrifice his wants to make his wife happy.” I took it seriously. Still, I can’t help but feel I was the bad guy. I told myself: if only I could have been better, I could have made it work.

Good spouses are really hard on themselves.

They are invested in the relationship, as therapist Bob Hamp says. They want their marriage to be a good marriage, and so they bend over backward to make it work.

They wondered if they could be doing more to make the marriage better.

THE INVESTED SPOUSE IS THE ONE WHO—

—Bought and read the marriage books. [1]
—Signed up for marriage retreats and classes
—Tried to find a counselor their spouse would agree to.
—Set appointments for marriage counseling.
—Prayed and fasted about the marriage.
—Felt tense and afraid when they heard their spouse come home, checking to make sure everything was perfect.
—Journaled and pleaded with the Lord to improve their difficult marriage.
—Had a lot of self-doubt, wondering if they really tried as hard as they could.
—Reminded themselves over and over to be loving and forgiving and not to give up hope.
They scrutinized their own behavior. They doubted themselves. They had sensitive consciences. They second-guessed their own motives. They gave the other spouse the benefit of the doubt.
—They told themselves: "I shouldn’t have yelled at him like that. I should have had a kinder tone."
—They told themselves, "Maybe I shouldn’t have confronted her over the missing rent money. I mean, I’m not perfect, either."
—They questioned themselves: "Was I responding out of anger when I caught him lying?"
—They gave their spouse the benefit of the doubt over and over: "Maybe she wasn’t really flirting with that guy. She’s just playful and loves to sit on people’s laps."

And with this much investment, we can all understand why good spouses would get angry at the one who doesn’t invest in the love, kindness, or safety of the relationship.

THE DESTRUCTIVE SPOUSE IS THE ONE WHO—

Story: One woman told about her husband who claimed to be more committed to the marriage than she was.

(I'm grateful to this woman for giving me permission to put her story in this blog post. And as always, I want to make it clear that sometimes it's the husband who is genuinely invested in making the marriage safe and loving, and not the wife. Sometimes she is the self-centered one who abuses or betrays her husband. I have several stories in Chap. 9 and elsewhere in my book about men as victims of abuse or adultery.) 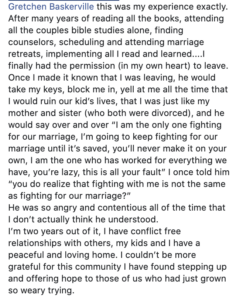 She wants a safe and loving marriage and we have evidence. She's spent time, effort, and money buying marriage books, finding therapists her husband will see, and arranging for them to go on marriage retreats. She's changed her behavior to match the advice of Christian marriage book authors. She's committed. I sense she loved her husband or at least wanted to have a good marriage with him. But after she'd tried everything, she realized these steps have been a one-way street. The marriage isn't better. It's actually worse.

He merely wants to be married, he doesn't care to make the marriage loving. How do we know?

In cases like this, the invested spouse has proven their commitment. Every day they entered that tense home, and faced a person who wasn't making the marriage loving, they proved they believed in the sanctity of marriage. Every decision they made to give up their own wishes, desires, preferences, and voice, is another evidence that they were willing to sacrifice their wellbeing to keep the marriage. 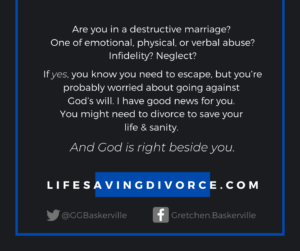