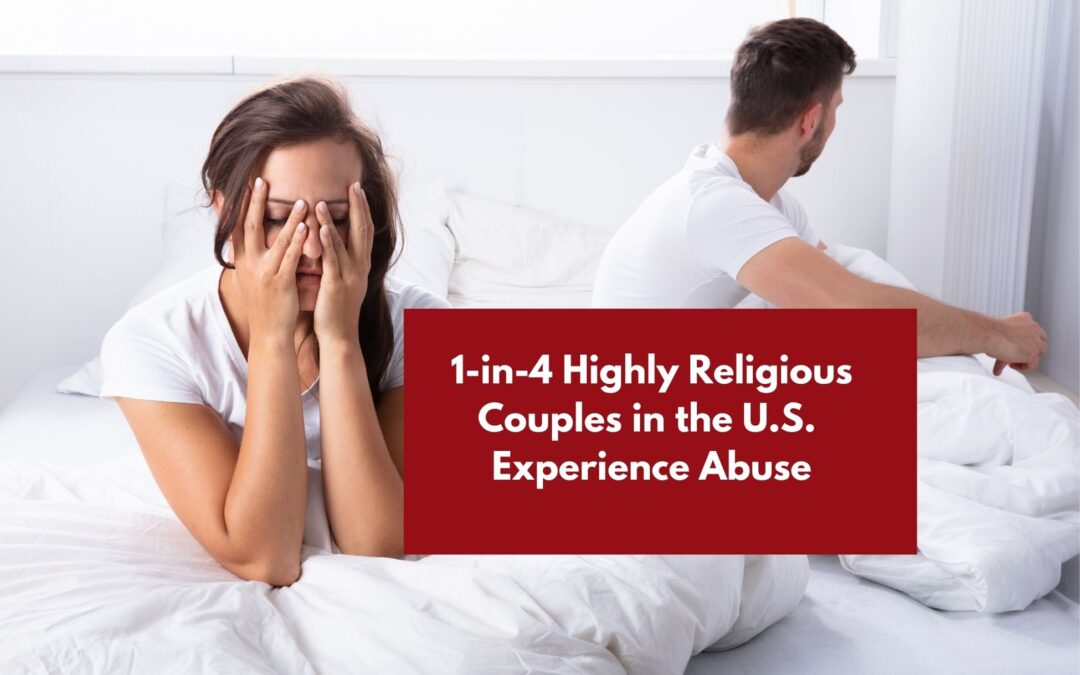 How many Christian marriages have abuse (intimate partner violence)?

It’s difficult to believe, but the conservative pro-marriage researchers at the Institute for Family Studies, have reported that 1-in-4 highly religious U.S. marriages have intimate partner violence.

That’s a shocking claim, but apparently they’ve got the evidence.

The conservative pro-family pro-church organization Institute for Family Studies, published a report by researchers DeRose, Johnson and Wang, who studied intimate partner violence in deeply religious couples in 11 countries, including the U.S.

They found that in the U.S., about 1-in-4 couples reported intimate partner (IPV) in their current relationship. And, sadly, in the U.S. the finding was the same whether they were highly religious or not.  In other countries, religion made a difference, but not in the U.S.  (See pages 36-37. Page 37 shows that U.S. rates are different than other peer countries.)

"The findings from the U.S. indicate no differences in IPV with respect to couple religiosity..."

What counts as intimate partner violence? How do you measure abuse?

Nearly 1-in-4 men who claimed to be highly religious also claimed they had perpetrated violence on their partner.

The men were asked these questions.

The women were asked:

They found that in the U.S. (where the predominant religion is Christianity) there was no significant difference between religious and secular couples and intimate partner violence (IPV) in the current relationship. It came out to 1 in 4 couples, and nearly 1 in 4 men who claimed to be highly religious also claimed they had perpetrated violence on their partner.

In a country of 330 million people, more than 125 million of whom are married, that’s saying that perhaps as many as 31 million individuals are experiencing it in the current relationship.

What Can Our Churches Do?

The Bible says the husband's spiritual life will be hindered if he doesn't treat his wife with honor and understanding:

1 Peter 3:7 NLT: In the same way, you husbands must give honor to your wives. Treat your wife with understanding as you live together. She may be weaker than you are, but she is your equal partner in God's gift of new life. Treat her as you should so your prayers will not be hindered.