Abusive Marriage? It Might Not Be Your Fault You Didn’t See Red Flags 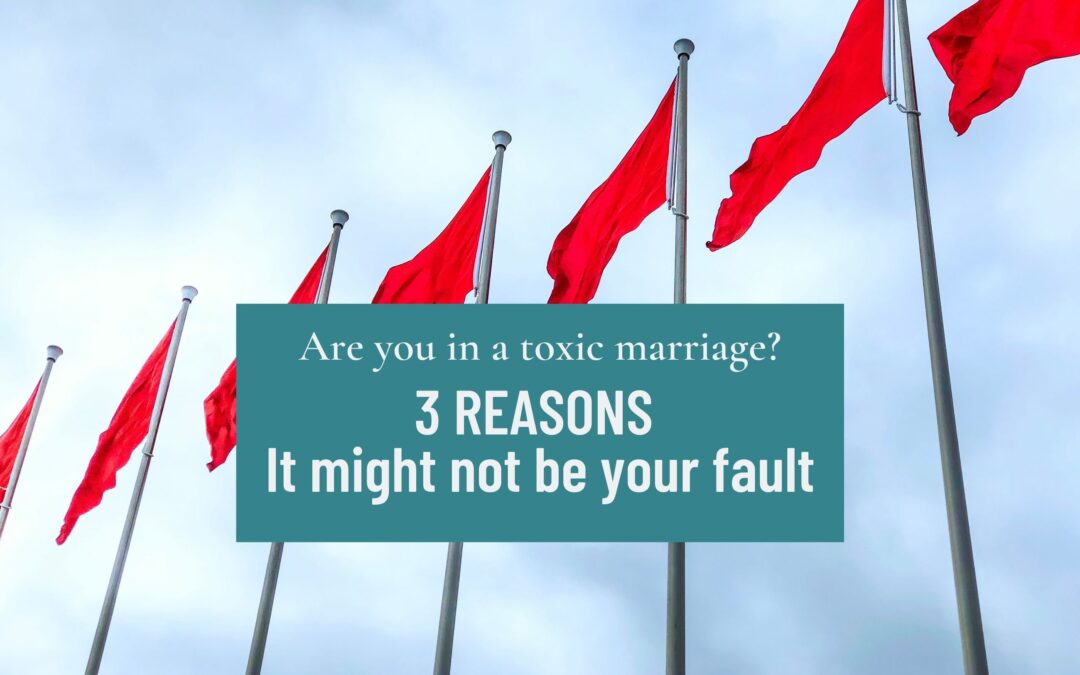 It's not your fault.

People may accuse you of ignoring the warning signs before the wedding.
You might be kicking yourself right now, saying "I should have seen that my spouse had issues." Or "I should have taken it more seriously."
But of course, hindsight is 20/20, and it may not be your fault that you missed (or ignored or excused) the red flags. It's not your fault. A lot of nice religious brides and grooms don’t see any red flags and warning signs of danger, or they don't walk away and break the engagement. Why?

1) Perhaps there weren’t any warning signs or red flags.

Some people are just very good at hiding their bad character traits. They fool everyone, even the pastors and parents and counselors. Often abuse or betrayal first happens on the honeymoon, or during pregnancy, or during an illness, or some other time that the abused or betrayed spouse is vulnerable.

2) Perhaps there were minor warning signs.

There may have been small things that bothered you, but they were brushed off as typical immaturity and no one thought the problems could ever grow to this level. Sometimes they take on an ominous shadow immediately after commitment (engagement or wedding or first child). Sometimes they are latent and don't emerge until years later when the stress of life and disappointments crop up. Then we were told by others that they were "normal" ups and downs in marriage. We were told that we must try harder, pray more, and be more agreeable.

Here are some examples:

3) Perhaps there were warning signs or red flags...

Perhaps there were warning signs or red flags, but the couple, or their parents, or their church were so excited about marriage and so over-confident that marriage would mature both parties, or that religious commitment would guarantee success, that they went forward anyway.  The pastors saw the issues but deluded themselves and said it would all go away. But just because all the boxes were ticked, doesn’t mean the marriage will be safe, loving, and respectful.

BOTTOM LINE: DON'T BLAME YOURSELF FOR ENTERING MARRIAGE WITH HOPE AND OPTIMISM!

Maybe you missed some signs, but perhaps your only "mistake" was being a loving, kind person who wanted to give yourself sacrificially to the institution of matrimony. You trusted in God, believed in miracles, had faith in your church teachings, were filled with hope, and were optimistic about marriage. How can anyone fault you for that?

Now stop blaming yourself, and stop listening to others who blame you.