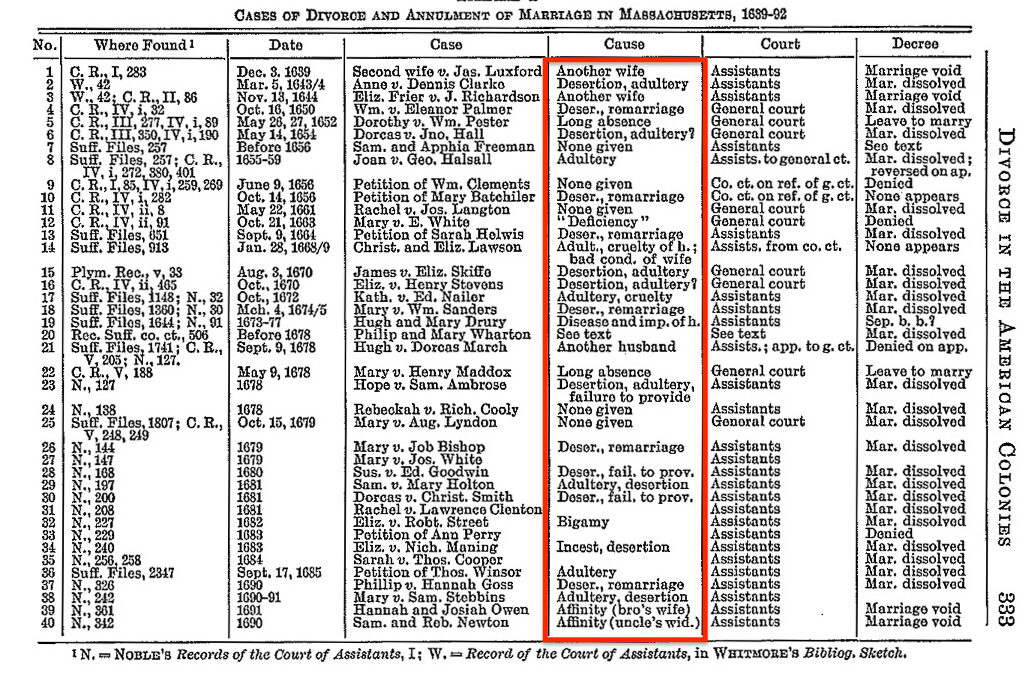 This table shows every known divorce among the Massachusetts Puritans 1639-1692. There are 40 divorces listed and the columns give the record location and page, the date, the names of the individuals, the cause of the divorce, the court (the jurisdiction), and the decree (the final judgment) 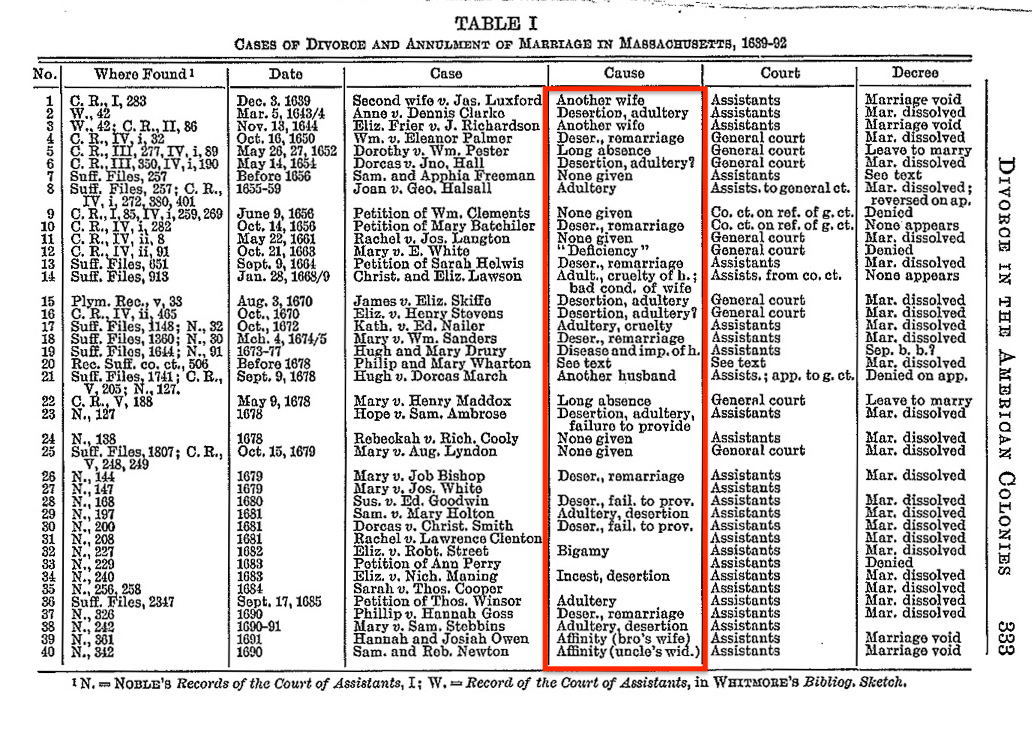 There weren't a lot of divorces in Puritan society, but we do have records of 40 of them.

This table of every known Massachusetts Puritan divorce was published in the book, A History of Matrimonial Institutions, Vol 2, by George Elliot Howard, 1904. University of Chicago, p. 333.

Are you going through a life-saving divorce? I’d like to invite you to my private Facebook group, "Life-Saving Divorce for Separated or Divorced Christians." This is a group for women and men of faith who have walked this path, or are considering it. Allies and people helpers are also welcome. Just click the link and ANSWER the 3 QUESTIONS.