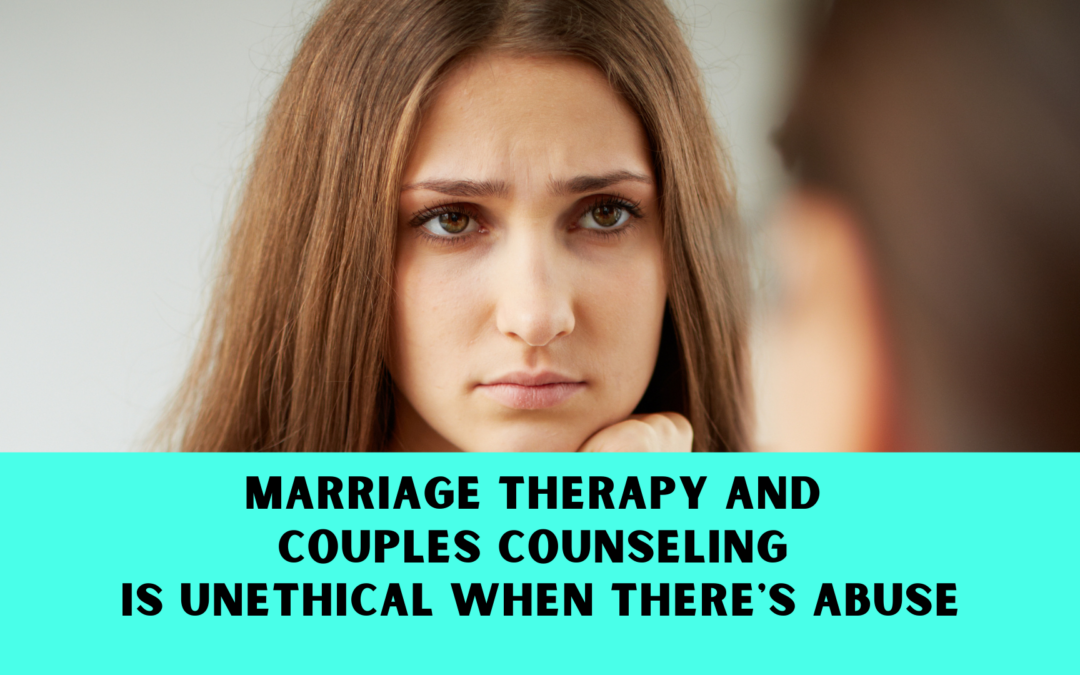 The Gottman Institute instructs therapists that half of the couples who come to see them have experienced violence, even if they never mention it. And they say that therapy can do more harm that good.

"As a therapist, I find the question of how to assess violence a tricky one. Research suggests that 50% of couples seeking therapy have experienced violence in their relationship, whether they are telling you or not. In some cases, when there’s violence in the relationship, therapy can do more harm than good."

The pro-marriage conservative think-tank, The Institute for Family Studies, found that 1-in-4 highly religious couples in the U.S. has experienced interpersonal violence.

So why do so many therapists fail to recognize the abuse? Why do they often make the situation worse?

In the Clinical Handbook of Couple Therapy, one chapter points out that well-intended therapists inadvertently help the abuser—and coerce the victim—while doing couples therapy. Therapists see themselves as helpers and healers, as this article says. They don't intend to hurt anyone, and they certainly would never want to see themselves as enablers of coercion and control. But they are, often unwittingly, because they don't ferret out undisclosed abuse. Where there is abuse, couples therapy is not recommended. Individual therapy is recommended.