“If I Divorce, Will My Children Divorce?” No. They are likely to have lifelong marriages. 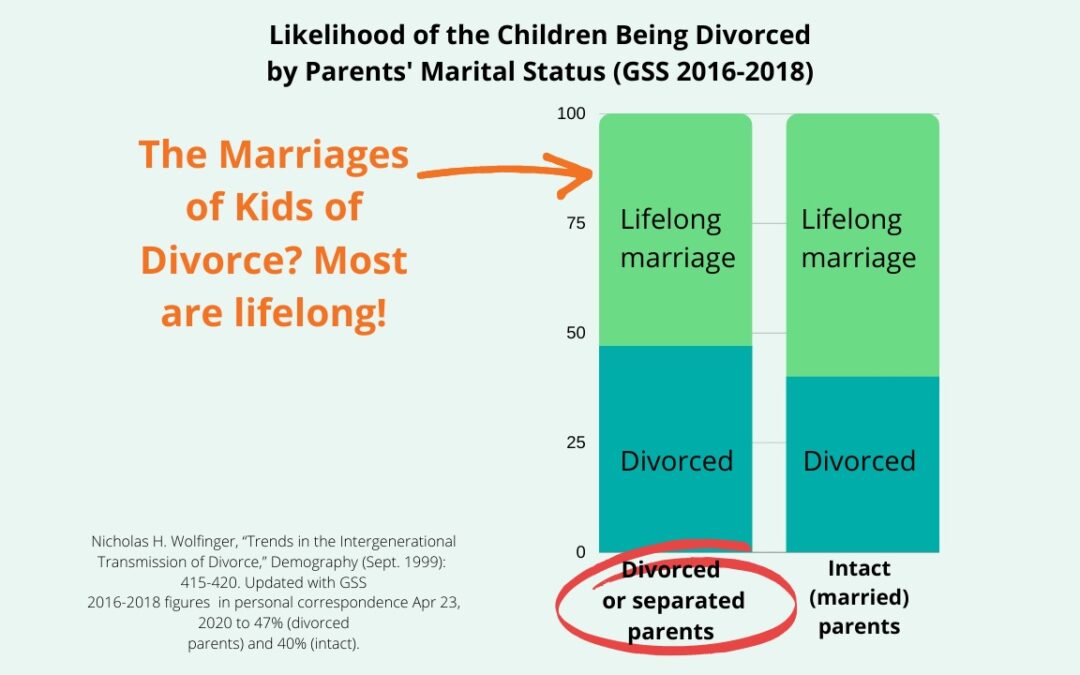 If I Divorce, Will My Kid’s Marriage End in Divorce, Too?

Most adults whose parents divorced do not divorce. They are likely to have lifelong marriages.

The majority of people whose parents divorced have lifelong marriages. However, children from divorced homes are a bit more likely to get divorced than children of married parents.

In other words: There’s very little difference between these two groups, only 7%. The gap has narrowed in the past 25 years.

If I Divorce, Will My Kids View Marriage as Disposable?

No, it's not likely, not if you needed a life-saving divorce.

We were told that a divorce would make our children view the marriage commitment as unimportant.

It doesn't. Children of divorce still value marriage commitment IF their parents' marriage broke down due to serious problems (adultery, abuse, addictions, for example, not boredom).

Top family researchers have studied this, and here's what they say:

“… parental divorce may not undermine offspring's commitment to marriage if it ends an especially discordant and aversive parental marriage.” [2]