Turning Point 9: I Prayed and God Told Me I Could Go 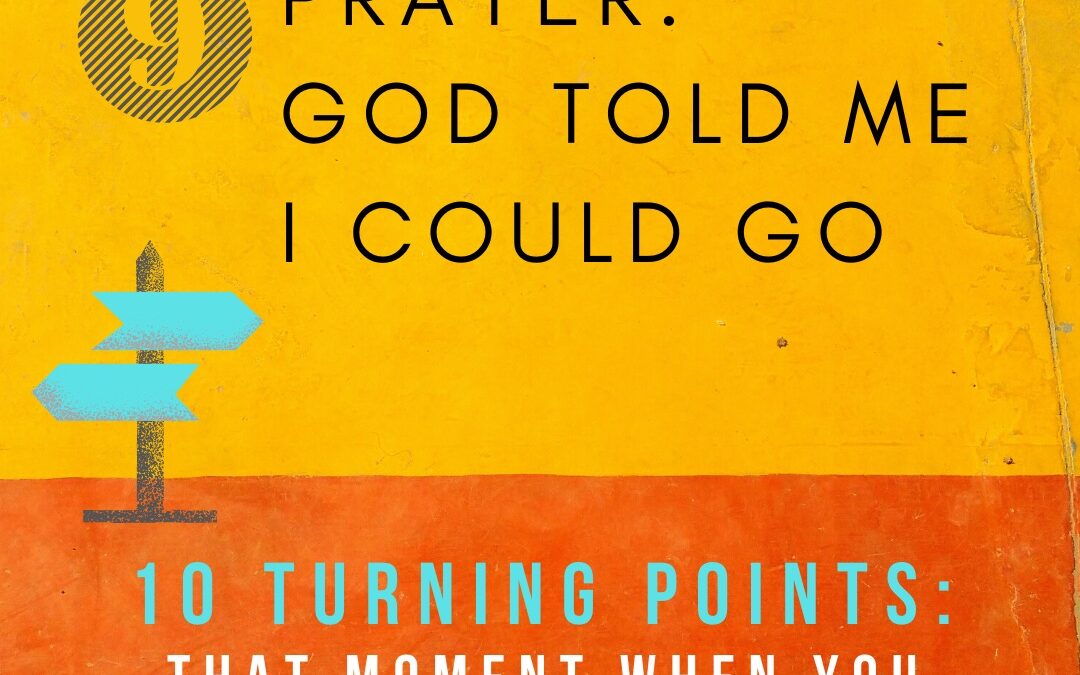 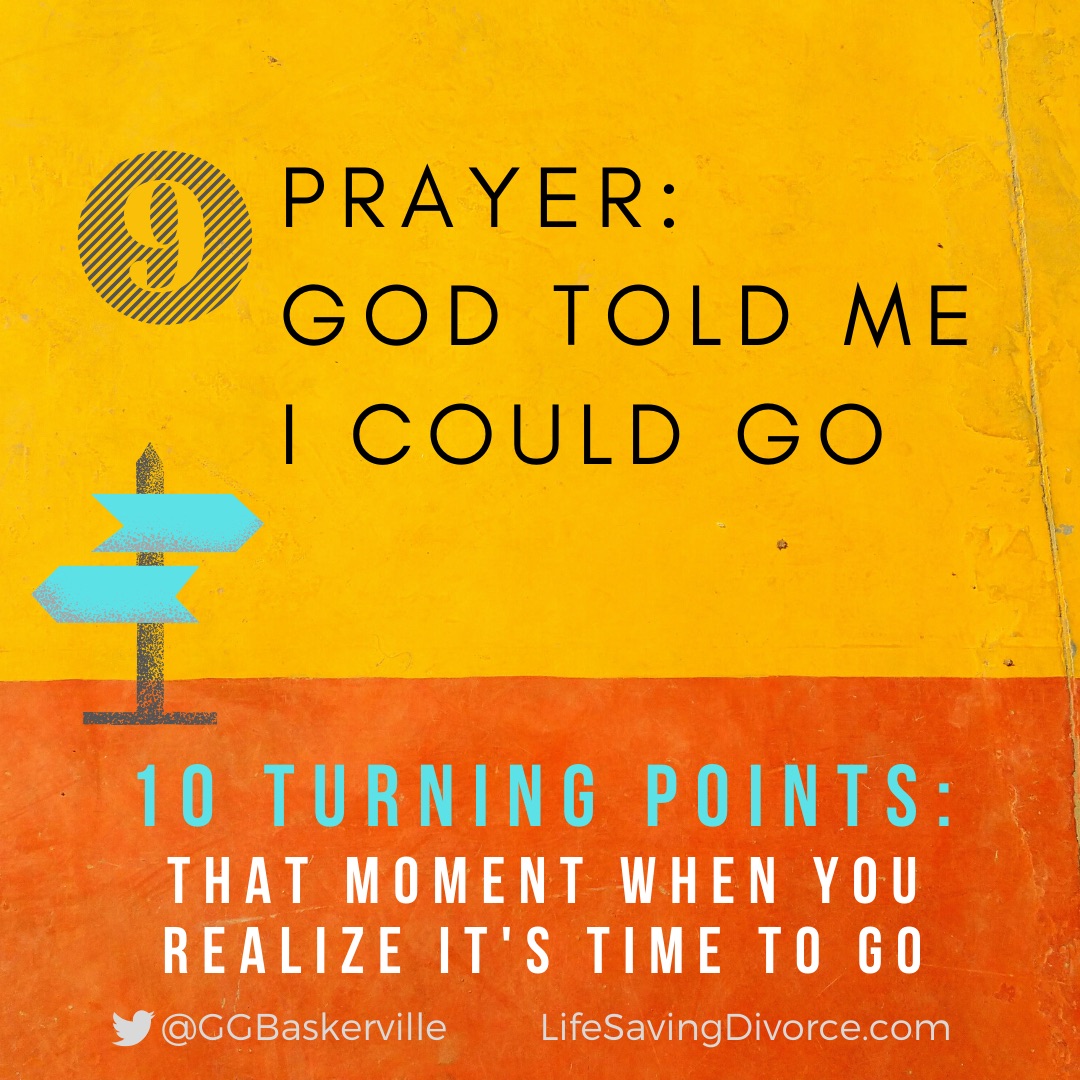 Turning Point 9: I Prayed and God Told Me I Could Go
PLUS, 3 people tell their stories
Note about this "10 Turning Points" Series: A turning point is that eye-opening moment when you know you must get out of your marriage to save your life and sanity, and your children's. This series is based on my 20 years' experience as a Christian divorce recovery leader, and on interviews with Christians who love God, take their beliefs seriously, yet finally divorced. They hung on longer and tried harder than most people would have. They were in marriages where there was a pattern of adultery, sexual immorality, domestic violence, chronic emotional or verbal abuse, abandonment, or neglect due to addictions. These are the Life-Saving Divorces. My message to people in these destructive marriages is—

For devout conservative Christians who love God but don’t believe in divorce, the only thing that gives them permission to leave an abusive, manipulative, or adulterous marriage is getting a sign from God.

Some people of faith have told me that God finally released them from their marriage, telling them it was okay to go. God gave them a Bible verse, a sign, or a dream.

This happens to many devout people: Even though they have biblical grounds for divorce for many years, they cannot leave. They are obsessed with staying, even if it means more betrayal and abuse.

One Christian woman whose husband was a child molester, couldn't bring herself to divorce, even though she knew it was the sensible thing to do. Wracked with indecision about the best way to go, thinking that if she stayed perhaps God would miraculously fix her husband, she tells about a dream she had.

I had a dream. I was a bird in a birdcage, and the cage door was open.

The message was, “You can fly free if you wish, but the door may not be open again.”

I flew out. I knew that my courage would fail me if I didn’t go then.

For other people, it is a Bible passage that speaks to the issue. One woman took this verse to mean that God would personally guide her to safety and freedom, even if no-one else at her church believed in divorce.

I will instruct you and teach you in the way you should go.
I will counsel you with my eye on you.
—Psalm 32:8 (NIV)

Many great people in the Bible prayed and asked for help. God gave them wisdom, sometimes even in the form of signs and dreams.

James 1:5 (NIV) says, “If any of you lacks wisdom, you should ask God, who gives generously to all without finding fault, and it will be given to you.”

One woman whose pastor prohibited all divorce, even from her physically abusive husband, explained how she heard from God—

It took years. Counseling. Praying. Trying to gather my courage. I was so afraid. I finally set a date for myself, a goal for getting out. That month passed. I was praying the Lord would give me two days when my husband wasn’t home. [That was] almost impossible, as he was forever unemployed. He got a job; he hadn’t been there long when he came home to tell me they were sending him away for a week’s training out of state.

It took me a few minutes to realize this was an answer to my prayer. I had two weeks to make plans, tell my family and close friends, and figure out where we would go. I scheduled time off work and told my supervisors. The week I moved out was exactly a year to the month and day I originally set the goal for myself a year prior.

One woman explains that her Grandma asked for a sign— 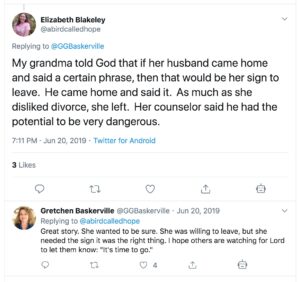 For those people who were brought up to follow the Lord, no matter where he leads, and no matter what the cost, sometimes it's a clear sign from God that releases these people from their marital covenant. God tells them the covenant has already been shattered, and it's time to go.