Turning Point 6: Someone I Respected Told Me I was Free to Go—If I Wanted To 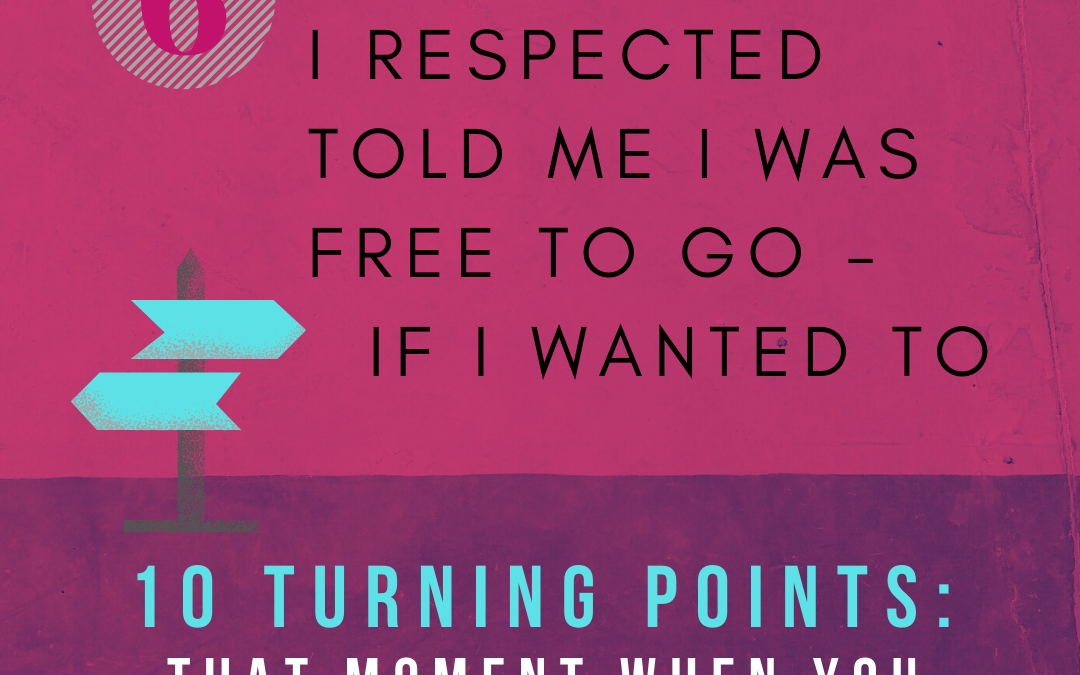 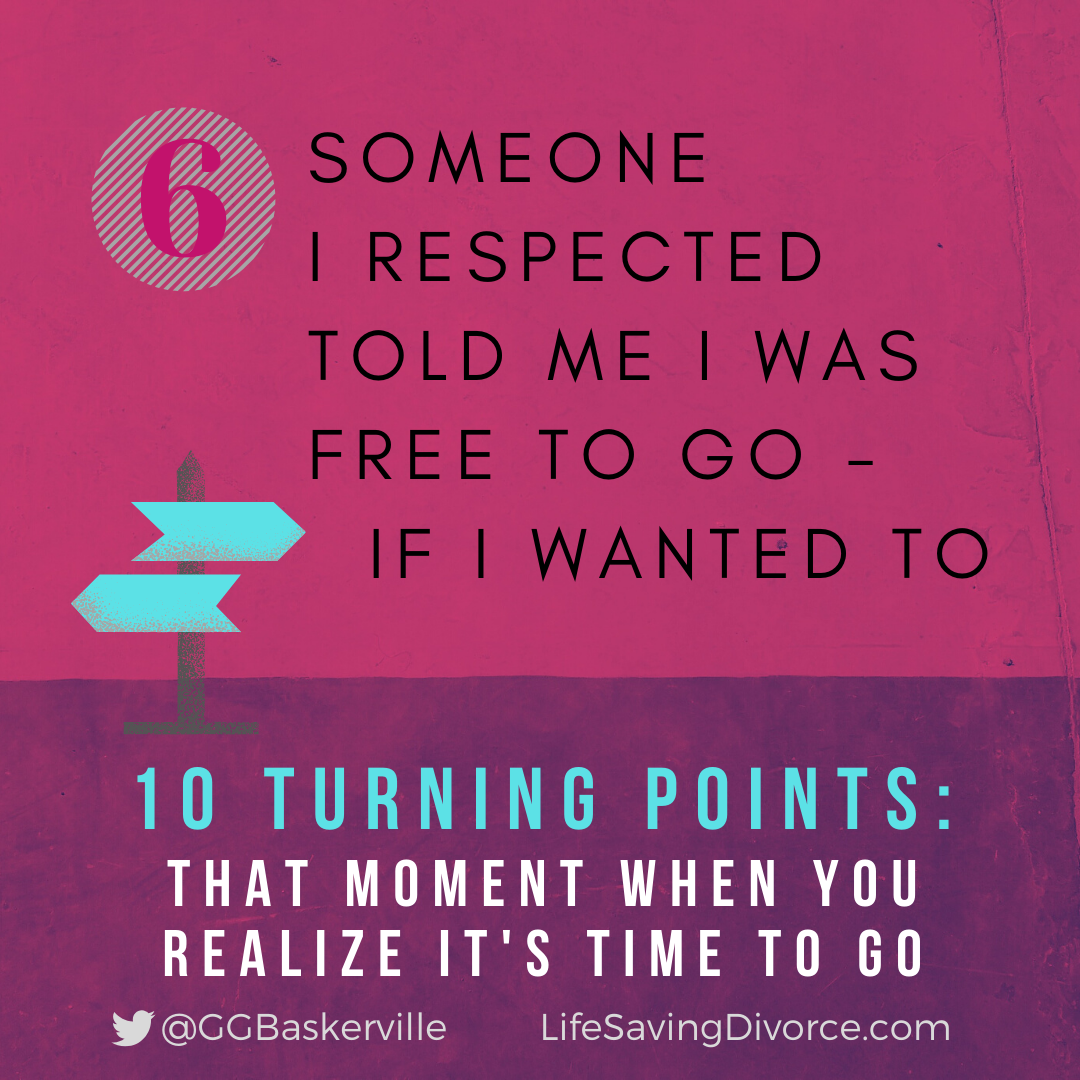 Turning Point 6: Someone I Respected Told Me I was Free to Go—If I Wanted To + The Story of a Good Pastor
Note about this "10 Turning Points" Series: A turning point is that eye-opening moment when you know you must get out of your marriage to save your life and sanity, and your children's. This series is based on my 20 years' experience as a Christian divorce recovery leader, and on interviews with Christians who love God, take their beliefs seriously, yet finally divorced. They hung on longer and tried harder than most people would have. They were in marriages where there was a pattern of adultery, sexual immorality, domestic violence, chronic emotional or verbal abuse, abandonment, or neglect due to addictions. These are the Life-Saving Divorces. My message to people in these destructive marriages is—

Although each person has the responsibility to protect themselves and their children, many people they feel better if they have the support or permission of a respected figure: perhaps a doctor, parent, or religious leader.

Sometimes people find themselves in the hospital for stress, anxiety, panic attacks, or depression—or for physical injuries due to abuse—and their doctor or nurse or advocate discusses warning signs with them.

Other times, the hospital requires patients to be released from medical care into a safe situation. This gives the abused spouse permission—and if necessary, an excuse—to avoid going back to the abuser.

Many people of faith believe that in some way a pastor speaks for God on matters of morality. If the pastor or Christian counselor says they are free to go, they believe they have God’s blessing to leave.[1]

One of our pastors at church was an expert on abuse, having been raised by a violent father in a Christian minister’s family.

He gave a talk to our domestic violence survivors group. He explained the abuse cycle and said,

“God is all powerful. But he’ll never change a person against their will. Sometimes it is time to cut the anchor chain and let the boat drift away.”

By the way, it’s important to know that the church has changed over the past thirty years. In the 1990s, it was common for many churches to give only two reasons for divorce (adultery and abandonment), but now physical abuse is recognized by three out of four Protestant pastors as an acceptable reason. In fact, now it is the most accepted reason!

I believe that some of this is due to mandated reporting laws that hold pastors legally responsible for calling law enforcement when someone’s life is in danger and for not covering up criminal behavior. If your state doesn’t require pastors to be mandated reporters, consider using your vote and voice to change that.

Overall, Protestant pastors are more likely to condone divorce in cases of domestic violence than for other commonly cited reasons for ending a marriage. Nearly 3 in 4 pastors say it’s not a sin to divorce for abuse.[2] 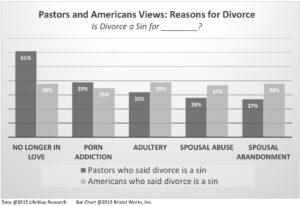 1   Part of healing from abuse is making important choices on your own, whether anyone approves or not. You can listen to your instincts and get to safety without consulting others. Also, certain churches are more understanding of divorce than others: For example, “Lutheran (70 percent), Methodist (63 percent) and Presbyterian/Reformed pastors (62 percent) are most likely to believe domestic violence took place if a church member files for divorce and cites domestic violence as a cause. Baptist (49 percent) and Pentecostal (40 percent) pastors are less likely,” according to a 2017 survey done by LifeWay Research (a research organization connected with the Southern Baptist Convention). Retrieved 12/31/19, http://www.bpnews.net/48369/church-response-to-domesticviolence-focus-of-study.

But I thought it was God's Will for Me to Marry this Person? I believe "God brought us together." But the marriage is so painful.