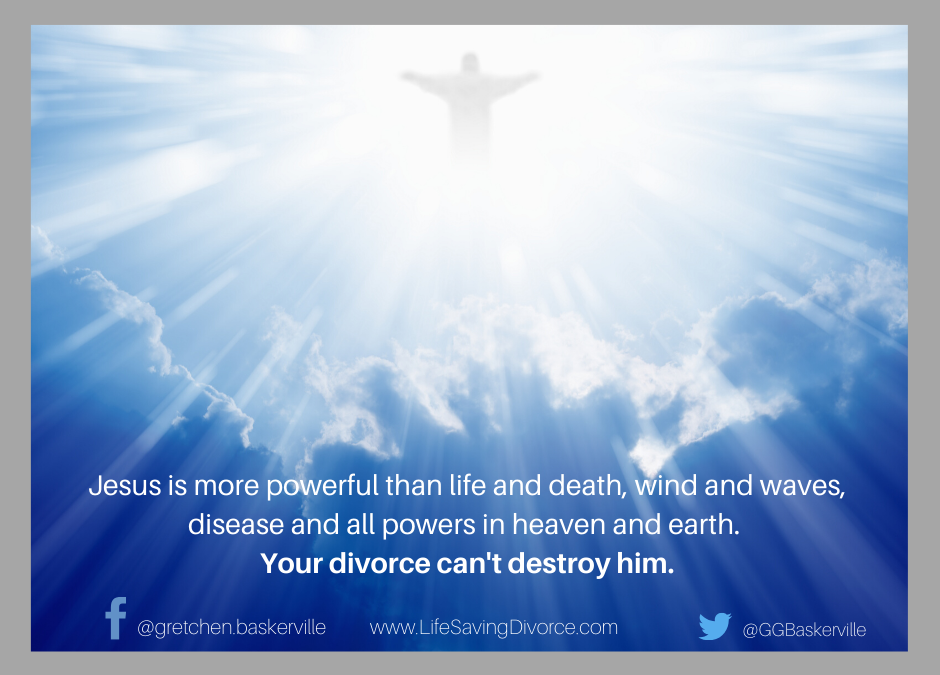 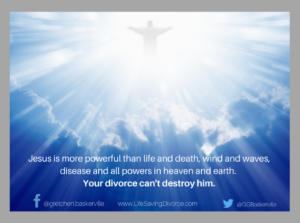 Will Divorce Destroy the Image of Christ and the Church? John Piper’s Strange Views on How to Treat People Who Are Going Through Divorce

Several years ago, controversial pastor John Piper created a 3-minute video response to the question of “How to Respond to Christian Friends Who Choose Divorce”.  His view is the opposite of what most loving and caring pastors would do if a church member said they were divorcing. (Retired pastor John Piper publicly admits to holding a minority view of divorce, a view that is not held by very many pastors.)

As you listen to the 3-minute video, notice the advice Piper gives to the friends of a divorcing couple—

1.  Piper tells friends to “pursue” the divorcing couple. (Track them down and lecture them.)

In this short talk on YouTube, Piper says Christians need to confront divorcing couples. He uses the word pursue. Piper wants friends and acquaintances to track down the troubled couple and lecture them. Notice Piper doesn’t recommend empathy or concern for the trauma. The feelings of the couple —the grief, fear, sadness, anger, despair, betrayal, and anxiety — don’t seem to matter to Piper. I’m not arguing from silence. It is not mere oversight in this 3-minute talk. It is a pattern in Piper’s pastoral teaching: In his official position paper on divorce used by his former church, Bethlehem Baptist Church, Piper cautions against being tender like Jesus, fearing that your “care is confused with compromise.”

Piper focuses on condemnation, berating your friends who are in marital crisis. But I would suggest that in reality, Christians are called – like the Good Samaritan — to minister to the injured person with compassion, mercy, and love. They should attend to the real wounds.

A friend’s relationship with the divorcing couple matters. If the couple really counts the friend as a confidante, hounding them and lecturing them is out of line. Struggling individuals will come to their intimate friends and tell the story. And those friends show wisdom by listening to the story without interrupting, and by expressing sadness over the pain caused by bad behavior. We are called to rejoice with those who rejoice and weep with those who weep.

So, if you are going through a life-saving divorce, and someone criticizes you, tracks you down and pressures you to stay, you are not required to listen or obey. If you care about your friendship with them, you can listen politely and tell them you will consider their viewpoint. But in the end, it’s not their life, their safety, or their sanity. Basically, it's none of their business. This divorce is hurting you more than it hurts them. They have no skin in the game. God doesn’t hold them responsible for your decisions.

2.   Piper tells bystanders to “plead with tears in their eyes,” begging the person in crisis not to “shatter the image of Christ and the Church.”

There’s so much wrong with this recommendation, it’s tough to know where to start.

First, can you envision someone coming up to a woman or man, perhaps in the church foyer, breaking into hysterical tears, and berating them for destroying the image of Christ and the Church?

Christians rarely give up easy on marriage, especially if they've been brought up the church, love the Lord, and know that marriage requires patience and forgiveness. It’s arrogant and insulting to assume they are divorcing because they are quitters, or are ignorant of God's Word, or don't care about the sanctity of marriage. Or that they just don't care about how divorce will affect their children.

And the desperate spouse who is trying to escape a pattern of physical abuse, emotional abuse, criminal behavior, severe addictions, or infidelity is not likely to say, “Thank you for that lecture, I had no idea my divorce would bother you this much. I guess I’ll stay married.” And even if they do waiver in the face of this pressure, it will likely be temporary. Shaming a person who is already hurting is nothing short of cruel and mean and it doesn't solve the problem: Their marriage is still not safe.

Second, is the image of Jesus Christ and his Church so fragile that it will be damaged if a Christian files for divorce? What sort of weird theology is that? And what does it even mean? There are many big sins out there: molesting children, murder, rape, or genocide. Does divorce have some magical power that hurts God more?

Jesus is more powerful
than life and death,
wind and waves, disease
and all powers in heaven and earth.
Your divorce can't destroy him.

Can Jesus forgive everything but divorce? Is this the one thing that nullifies God’s redemptive work on earth? Seems unlikely, especially since God himself is a divorcee and because the Bible allows divorce for multiple reasons.

Third, this statement "divorce shatters the image of Christ and the Church" diverts attention from the real problem: the destructive sinful behavior in the marriage. It is a diversion, a gaslighting tactic called sin-leveling, that makes Jesus the real victim, and dismisses your injuries as trivial.

Another way of minimizing and excusing bad behavior, especially toward women, is to tell abused wives they are expecting too much from their husband—that even kind behavior is too much to expect.  For example, they might say, "Stop making an idol out of your husband. He isn't going to be perfect and he isn't supposed to meet your every need. Only Jesus can do that." Messages like this tell an abused wife she cannot expect to be loved or treated with respect, though Ephesians 5:25-30 tells husbands six times they must love their wives. These messages also demand that the wife minimize and silence the pain she experiences, and tell her to "take it," accept her husband's sin with an air of piety and martyrdom.

"Sin-leveling" turns the tables and makes you the bad guy, so now the pastor or Christian friend does not have to look at the behavior of your spouse or your pain. Instead of showing care, they can minimize your injuries and say: “The hurt done to you is nothing compared to what you are doing to Christ and the Church by divorcing.”

In a dangerous way, Piper makes a person who wants to speak out or escape an abuser, into an "Enemy of God." Once a person has been identified as the Enemy or a traitor by the pastor, other church members feel righteous about abusing them, gossiping, shunning, and banning them.

Yet, when Piper and his wife went through marriage problems, he wanted support and understanding. Sadly he doesn’t offer that to others.

3. Piper tells friends to say, “We’ll work with you,” and offer money, counseling, and rebukes.

Part of Piper's suggestion is kind and caring. If the couple is open to counseling but merely lacks the money, offering financial help is a compassionate offer.

People at church are not entitled to receive a blow-by-blow description of everything that's happened in your marriage so they can evaluate it.

Granted, if a spouse poses a danger to their ex or their children or others, excommunication might be the right thing. For example, if a person is hanging out in the parking lot after service to intimidate or stalk their ex-spouse; or if they go out of their way to tell verifiable lies about the other party in public, then some sort of restraining order and prohibition from attending might be in order.

However, if a church excommunicates godly spouses just to punish divorce, then leaders are abusing power. Jesus, Paul and the Law of Moses allowed for divorce.  Read the story of an abused wife, Natalie Hoffman, who was excommunicated from Bethlehem Baptist Church where John Piper was once pastor.

5.  Piper laments other Bible scholars have made divorce easier

John Piper holds the “permanence view” or “unconditional marriage” view of marriage, meaning divorce is not allowed for any reason. He admits this is a view few pastors share. He's right: according to LifeWay Research, probably fewer than 1 in 4 Protestant pastors agree with him.

He even admits that other pastors at his former church disagree with him (he’s retired now). Piper posted a position paper online ("Divorce & Remarriage: A Position Paper," 1986, updated in 1989), showing his exegesis of a few select Bible passages on divorce and remarriage. But his study of the topic breaks many rules about interpreting the Bible.

In this paper, he doesn’t look at all biblical passages about divorce; he doesn’t talk about the cultural and religious background of Judaism at the time of Jesus; he doesn’t look at justifiable divorce in the Old Testament; he doesn’t explain the history behind the post-Exilic divorce prohibitions, or Jewish marriage and divorce practices. He doesn’t mention God divorcing his own people; and he doesn’t compare the similarities in Jesus’ responses when faced by hostile and cunning religious leaders of his day. He doesn’t even mention Jesus’ cousin was arrested and executed for criticizing the king’s divorce. Piper does not do a good job as a Bible expositor.

Compare his work with the paper by Dr. Justin & Lindsay A Holcomb (Justin is part of the conservative organization Gospel Coalition, founded by John Piper, but does a better job at biblical research.) He has an excellent podcast on the topic and why abuse is a biblical reason for divorce: https://www.christianitytoday.com/ct/2018/may-web-only/domestic-violence-bible-divorce-abuse.html)

No one goes into marriage hoping it will fail

No couple goes into marriage wanting it to be a disaster. Most Christians are hopeful, prayerful, and optimistic that God will give them the strength, courage, and good character required for a marriage that last until death-do-us-part. Few people would imagine infidelity, abuse, neglect, etc., would destroy the vows and the trust that underpins them. Yet it happens. And it happens a lot. Nearly half of divorces are for serious reasons.

What Would Jesus Do?

Divorce is the sad result of hard-hearted refusal to do what one promised in their vows: faithfulness and love. It is also a lack of decency, of refusing to “do unto others as you would have done to you.” We have a choice: To care for the victims or to blame and torment them.

The Gospels show us what Jesus would do. He modeled kindness and care for people in pain. He didn’t kick people when they were down. Jesus is the perfect image of God, and we can be confident we are doing the right thing when we imitate him.

The Bible allows divorce for a pattern of infidelity, sexual immorality, physical abuse, verbal/emotional abuse, and neglect that comes from addictions.

For more on this topic, read the blog post about Myth 19, goes further to debunk the belief that divorce "shatters the image of Christ and the Church." Read The Life-Saving Divorce, Chapter 6, for a full explanation of the biblical grounds for divorce.

BONUS:
Just for fun, here's another laughable tweet John Piper has posted publicly. Don't forget that in the Old Testament, King Saul was the RIGHT king, the hand-selected king, the God-ORDAINED king... at first.

But King Saul's own lies and deceit caused God to reject and replace him. The same goes for a spouse who sin, betrays, and cheats.

Your spouse may have been a person who behaved with integrity at the beginning of your marriage. Your decision to marry them was likely bathed with prayer and blessed by your church. But having their name on a wedding certificate isn't a magical spell that prevents them from taking the wrong path and sinning repeatedly and deliberately. And we're not talking about the run-of-the-mill sins such as being in a bad mood and snapping at someone or another sin that causes little or no injury. We're talking about the marriage-endangering sins that do damage to the safety, love, and respect in the marriage.