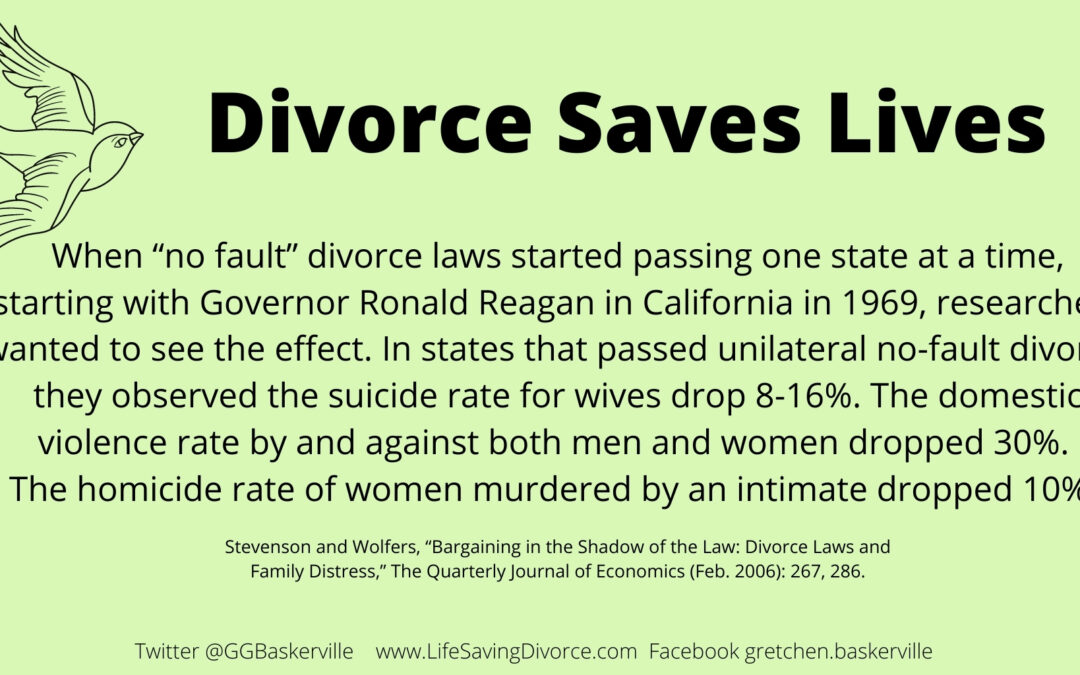 When “no fault” divorce laws started passing one state at a time, starting with Governor Ronald Reagan in California in 1969, researchers wanted to see the effect. In states that passed unilateral no-fault divorce, they observed the suicide rate for wives drop 8-16%. The domestic violence rate by and against both men and women dropped 30%. The homicide rate of women murdered by an intimate dropped 10%.