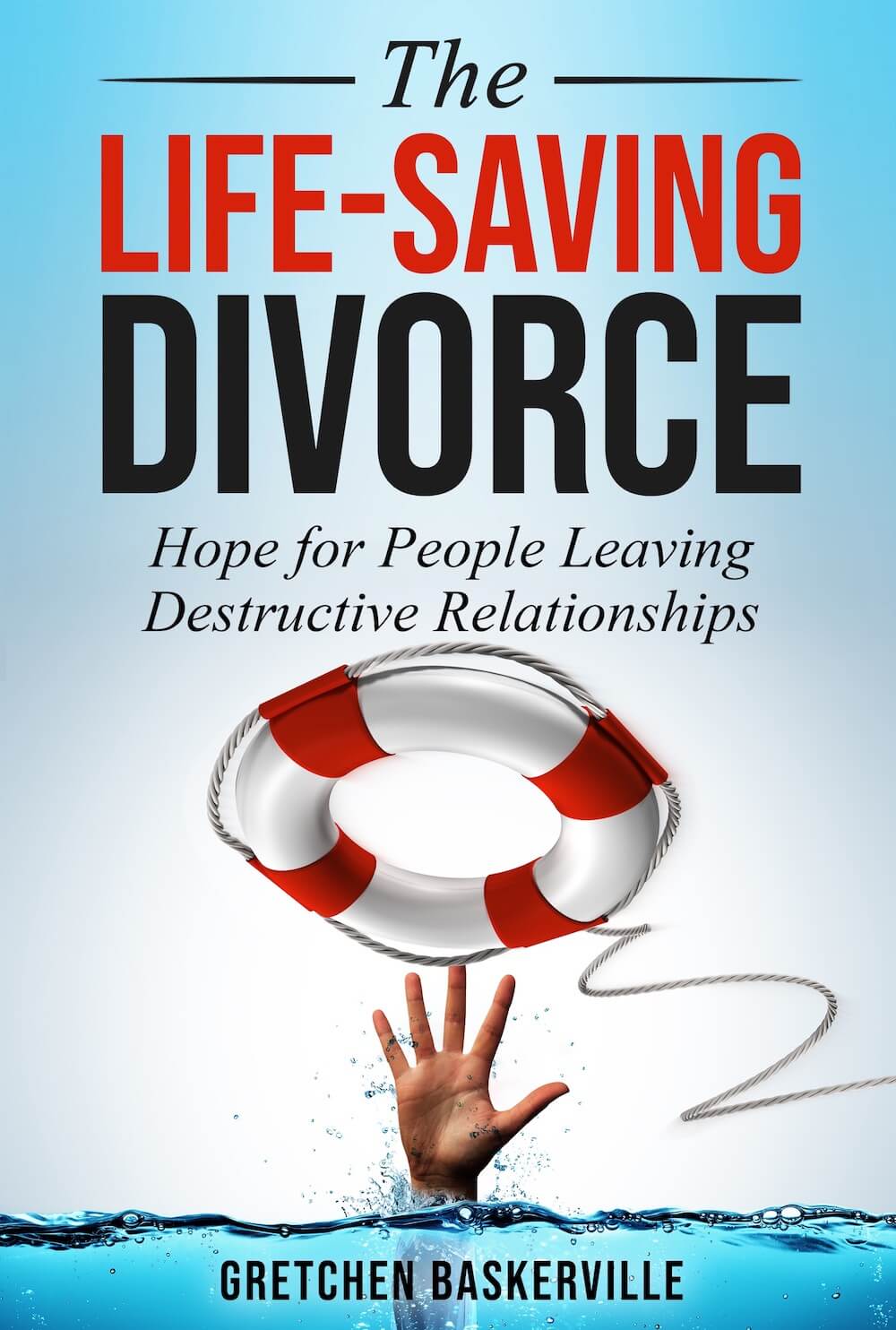 Do You Know Someone Who Needs a Life-Saving Divorce?

I've led divorce recovery groups since 1998, and I find there is a common myth: That rule-following Christians who did everything right before marriage will find a fantastic spouse and will live happily ever after. In reality, a lot of us ended up with someone who was unsafe.

There is life after divorce. There is happiness after divorce! Those who hang onto God will see him “restore the years the locust have eaten.” On average, children are resilient and will bounce back. They aren’t doomed. And you can find self-respect and hold your head high again as a beloved child of God. This book gives you faith and hope for the future. 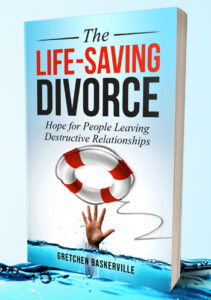 I’ve spent hours listening to Christian women and men tell their stories. From childhood they hoped for a perfect Christian marriage, they gave it their all, they forgave over and over, only to discover they needed a life-saving divorce. Yet they don't want a divorce. They fear they are going against their churches teachings, or worse, they are worried they are failing God.

But you can love God AND get divorced.

In the LIFE-SAVING DIVORCE, you’ll be set free from worries such as…

See inside at Amazon

The Life-Saving Divorce will give you…

• 4 studies that find that most kids turn out fine after divorce.

• Evidence that your child won’t get divorced just because you divorced.

• Key Bible Verses on Divorce, and why you can divorce for infidelity, neglect, sexual immorality, or physical or emotional abuse.

• 6 single parenting mistakes and how to avoid them.

• 33 traits of safe churches and friends

What is the top Christian theologian on the topic of divorce saying?

This practical and straightforward book combines a traditional high regard for scripture with the latest results of academic research by Christian scholars and applies it to pastoral realities. The problem of abuse within marriage is shamefully common but rarely mentioned, especially in churches. The approach of this book is both empathic and well researched, employing the latest stats alongside clear advice. A must for anyone involved in pastoral work and a lifeline for those suffering within marriages.
—Rev Dr David Instone-Brewer, www.DivorceRemarriage.com

What are pastors saying about Gretchen Baskerville, author of the Life-Saving Divorce?

“I describe Gretchen as generous, wise, courageous. She has given me as a pastor both a theology and a practice that reflect the heart of God toward people who divorce and people who consider divorce.” — Pastor Cole Brown

What People are Saying about Gretchen Baskerville, author of the Life-Saving Divorce

“Thank you, Gretchen. …You and a couple of others have truly carried me through the darkest parts of this. I thank God for you.” — Jen Coles

“Thank you for what you are doing. So many are dying a slow from-the-inside-out kind of death.” —Mia Kennedy, Twitter

“Right on target. I feel I’m not alone in my situation.” — Sheryl Weaver

“When I think of Gretchen, I think of the words: Needed, truth-telling, hope. She filled in the data and research behind the things I knew by experience, both personally and from others I know. There is so much bad Christian advice that doesn’t acknowledge destructive marriage and abuse, this truth is so needed in the world.” — Jodi Pompa, Twitter

“Necessary, overdue, comforting. Gretchen helped me realize so many people are struggling with false guilt over this issue.” —Rachel Ramer

“Her voice is crucial, liberating, hopeful. She helped me see my life and marriage through God’s gracious eyes.” — Richelle Wiseman

“Sympathetic, liberating, rational. She helped me not feel the pressure of having to sustain a marriage on my own and [helped me understand] that divorce is a valid option instead of continually being made to feel less than or staying with someone who doesn’t want to stay with you.” —Jeffrey Lewis

“Refreshing, eye- opening, life-changing. She helped me get rid of the guilt I felt for divorcing my abusive husband.” — Sarah Smith

“She helped me understand and support better women and men trapped in abusive marriages due to an outdated and biased religious belief system.” —Romeo Elias

“She’s an advocate, empowerer, and strong. She helps release shame for being a divorced Christian woman.” —Sandi Moore

“Gretchen is supportive, unapologetic, and confirming. She helped me understand I am not alone in my divorce walk. That the Christian community need not vilify already damaged spouses who have to seek divorce.” —Holli Lewis

“She gives hope, mercy, and strength. She helped lessen the shame I carry as a divorced woman of deep faith.” —Marilyn Smith

“She gives support, freedom, and vindication. Gretchen has helped me to see that I’m not alone!” —Andrea Holme

“Transformational, honest, refreshing. I realized God didn’t want me to give my life for my marriage. I am worth so much more than that.” — E. Farley

“Bold, kind, truth. Gretchen helped me process my parents’ divorce in a way that I don’t have to feel guilty about it at church and now know how to defend why it was a good thing for our family.” —Sarah Barnard

“Gretchen is perceptive, honest, and compassionate. She is someone who understands the importance of focusing on women’s wellbeing rather than the patriarchy.” —Shirley Fessel, MA, MEd

“Encouraging, educating, freeing. Gretchen helped me confirm further in my mind what my mom put up with for 31 and a half years until God called her home.” —Lisa Kramer

“She has a message for those who feel unaddressed, useless guilt, trapped. She affirms my understanding of what God does NOT expect or require of women in bad marriages.” — Angela

“She gives real help now, and helped me shake off the stigma created by Christendom.” —Hepzibah

“She helped me look deeper into God’s love.”— Ley

“Her words are vital, practical, and relatable. Gretchen helped me stop shaming myself for leaving my abusive marriage.” — Katherine Leonard

Some blog posts and pages contain affiliate links. This means when you click on links to various merchants on this site and make a purchase, this can result in a commission that is credited to this site. Some affiliate programs and affiliations include, but are not limited to, Amazon.com and CreateSpace. I only recommend companies and products I personally like and I believe will benefit you. This disclosure complies with the FTC’s 16 CFR, Part 255 : “Guides Concerning the Use of Endorsements and Testimonials in Advertising.”